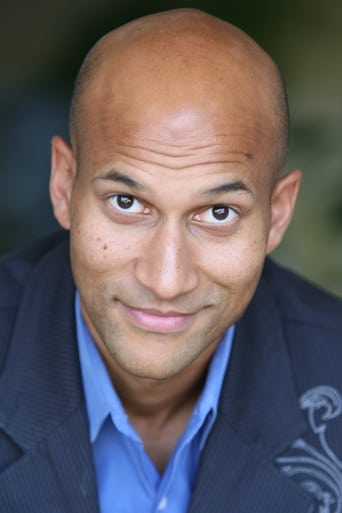 From Wikipedia, the free encyclopedia. Keegan-Michael Key (born March 22, 1971, height 6' 1" (1,85 m)) is an American actor and comedian best known for starring in the Comedy Central sketch series Key & Peele and for his six seasons as a cast member on MADtv. Early life Key was born in Southfield, Michigan and raised in Detroit. His father is African-American and his mother is European-American. He was adopted as a child. In 1989 he graduated from Shrine Catholic High School in Royal Oak, Michigan. Key attended the University of Detroit as an undergraduate and earned his Master of Fine Arts at the Pennsylvania State University School of Theatre. While at The University of Detroit Mercy, he was a brother of Phi Kappa Theta.